How do you get gigs when you are a band that has some people living far apart from each other?

Although predominantly from South Wales, three of our seven members live in Southern Spain, Essex and Northants. This makes calendar planning quite difficult, but the real challenge is to actually get the gigs in the first place.

Being the 'leader' of the band, I have been the main person to try and get gigs.  Having moved away from South Wales in the 1970s, any contact I make with a venue has to be in the form of a phone call or a digital format (email, Facebook message etc).  Pubs and Clubs are extremely busy and often struggling to exist, so responses can be sparse.  I also have lost touch with the South Wales music scene so not really aware of who has live music or not.

Getting gigs in and around where I live in Northants is just as problematic.  I have a better view of the music scene local to where I live, however trying to persuade a band from South Wales to play in their pub or club is hard.

So what do we do?

We are seven chaps that just love to play.  We have minimal ties, being all retired from our 'day' jobs so can undertake periodic small tours anywhere in the UK or Europe.

Are there any agents out there willing to keep this lot happy? 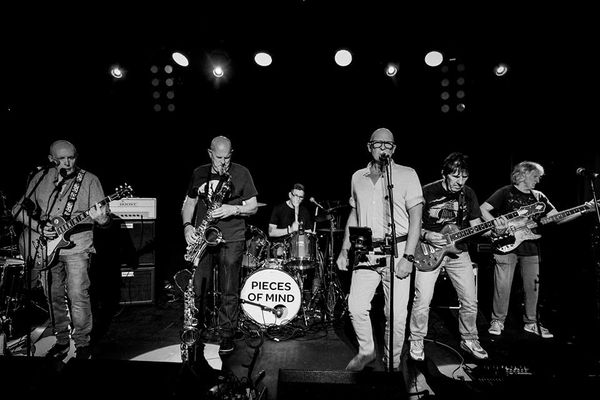 BTW Steve, our other drummer was off stage when pic taken