First gig at the Pen and Wig, Newport

Last night's gig was great at a venue new to us.  We hadn't played since the end of August and went straight into things as if we had only played a day or so ago.

We were a couple of members short, due to Vic recovering from his heart operation and Ric decided he wanted to go and see John Mayall, down in Cornwall

We even had some ladies, the 'Piecettes' as Andy lovingly refers to them, up on stage to provide backing vocals on the Night time is the Right Time.  Clare, Alison, Sally, Alison and Jayne (out of pic) strutting their frenzied funky stuff making the Raelettes look rather lame. 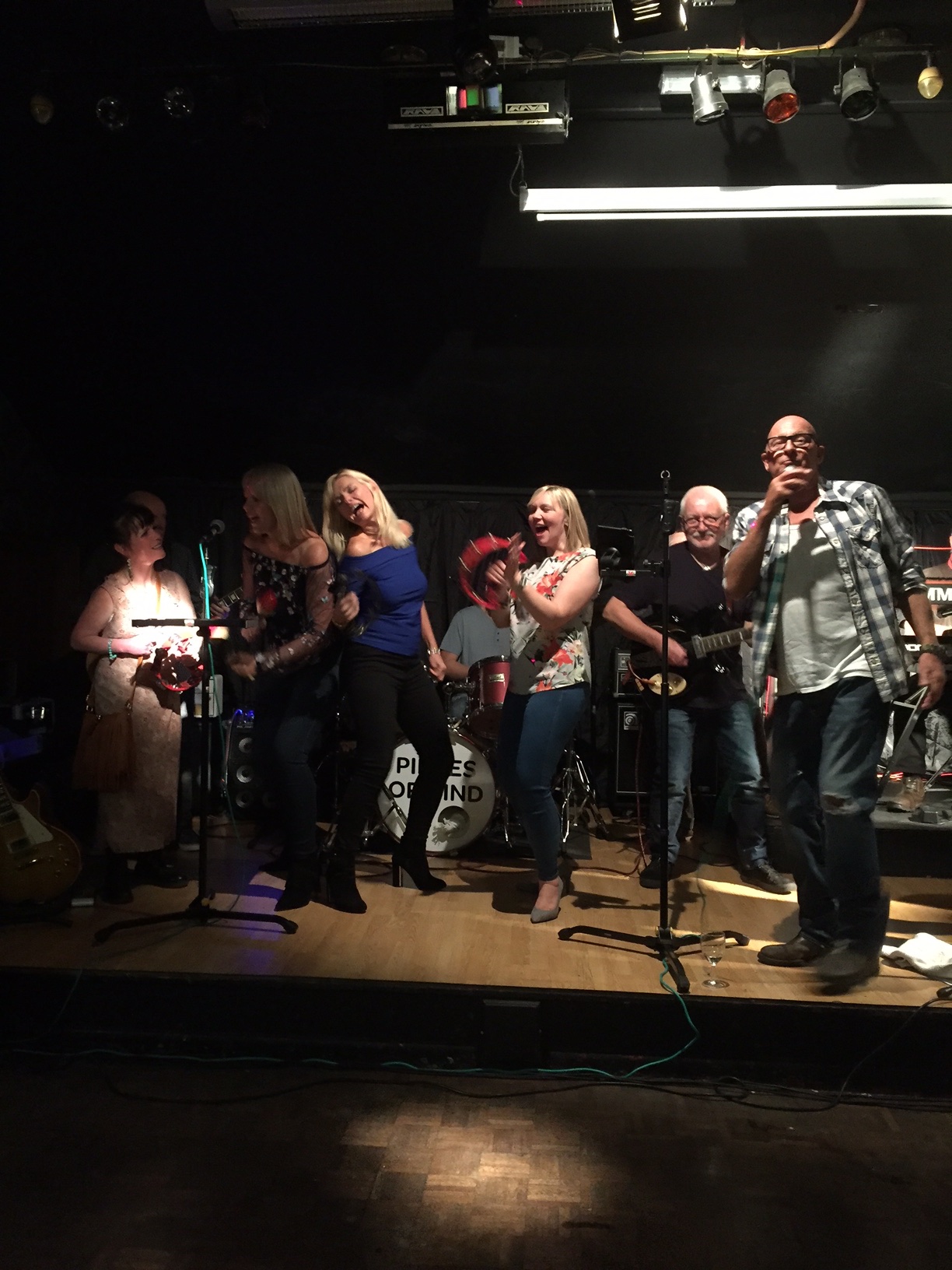